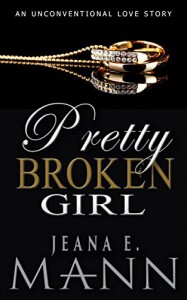 Dakota, the daughter of the cook at the Seaforth mansion has set her sights too high in falling in love with the Seaforth's only son, Samuel. This is something Sam's parents won't stand for as Sam will inherit their vast empire and it's bad for appearances if he's married to the cook's daughter.

But Sam disavows his family's fortune and when turns 18 and is out of high school, he marries Dakota and everything seems to be a happily ever after. Except Dakota's life is super complicated as she's tackling a sick mother and a deadbeat brother who's always on the wrong side of the law.

Before she can embark on her HEA, Sam's father pays her off to leave his son alone by giving her money and not throwing her worthless brother in jail after he blackmails her with incriminating information. Dakota agrees to abide by the agreement and never see Sam again. She leaves Sam without saying a word, and ten years pass by full of hurt and revenge for both of them.

Now Sam has bought her company and is her new boss. It will take everything in her power to resist not only Sam's allure, but find a way out of the problems in her life that never stopped plaguing her. Will Dakota turn to Sam this time or will she run away again?