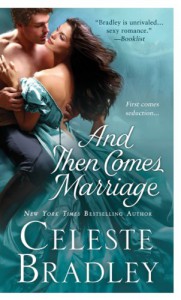 The second o installment f the Wicked Worthington series really missed the mark for me. I truly enjoyed the first part, but everything unraveled in the second  book.

Cas and Pol are twins - though they are grown men they are irresponsible and only think about inventing well absolutely nothing worthwhile. They run around the brothels and spend money like there's no tomorrow, never caring after the wellbeing of their family. I'm not sure if the author meant this in an endearing way, but I found nothing endearing about this behavior whatsoever.

The twins are making their usual mayhem when a widow is struck by Pol's handsomeness. She cant get Mr. Worthington off her mind, not knowing he's a twin.

A complex but rather dull story ensues of a back and forth of should they - shouldn't they as it seems both men fall for her. But just when I thought it was going to be a menage book, everything falls apart as they all can't figure out who should be with who. Add in a pesky clause that the widow shouldn't do anything scandalous or she'll lose her fortune and it's all one big mess I couldn't be bothered with.

I really didnt care who stayed with who as I couldn't believe how irresponsible these idiots were. I was floored they got the widow to lose her fortune and then made her live with their parents because they are such losers they didn't have a home of their own. What a waste.